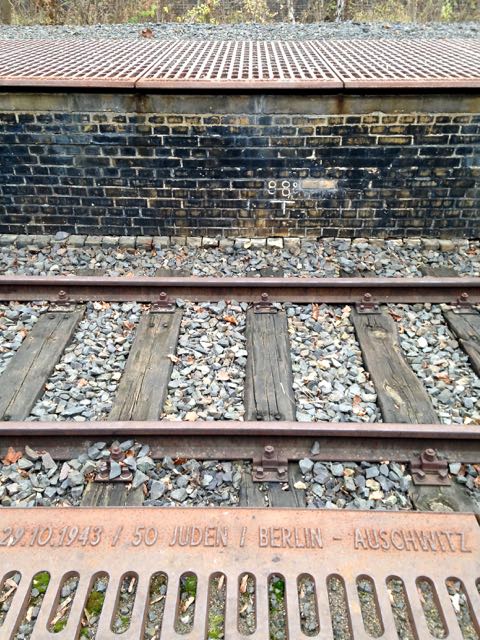 Today was Holocaust Memorial Day, commemorating the day Auschwitz-Birkenau was liberated by the advancing Soviet army seventy years ago. Today Jews and non-Jews alike were reminded to remember what so many of us have no personal recollection of. Reminded how important it is to remember so that it will never happen again.

Today was also the launch of my talk on German Memorials and Counter Memorials, the second in my trilogy of talks “The other side” about World War II from a German point of view. It was a happy coincidence that King William’s College on the Isle of Man invited me to give this particular talk on this particular day, for it encouraged me and my audience not only to think about the victims of the Nazi policies of annihilation but also about the perpetrators and Germany’s ongoing and thorough process of apology on behalf of them. 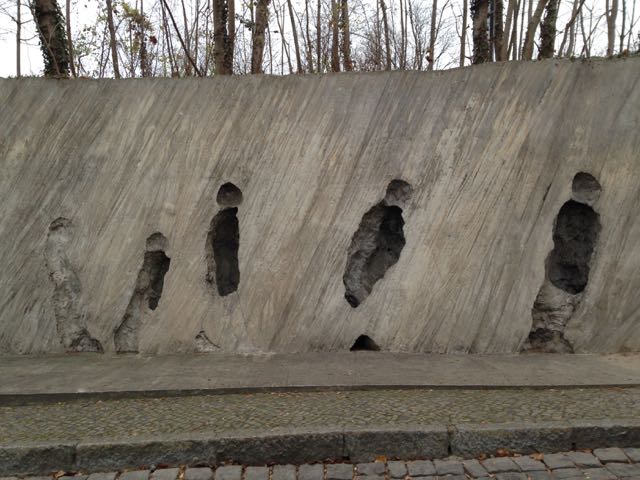 One would hope that remembering the victims and the horrors would be enough to prevent such atrocities being repeated; that humanity as a whole would have learned the lessons. Alas, Bosnia, Rwanda, the Sudan, Cambodia and all that is going on now prove the truth in Primo Levi’s warning: “What happened can happen again.”

The last survivors of Auschwitz are still alive amongst us, offering us glimpses into a time and world that, even to them, must now be almost unimaginable. Their stories travel to our schools and enter our lives through our televisions, radios, and Internet. And yet even seventy years on, we still can’t fully grasp how, or even that it could have happened. For those of us who are non-Jewish and do not experience the visceral pain of having lost whole generations of our families, the stories and images still have the ability to shock, filling us with incomprehension at the extremes to which humanity, or rather inhumanity, can go. In Britain we have been spared the fate of becoming victims, fleeing persecution and war, losing everything we had to live in freezing, filthy, disease-ridden conditions. It is easy to feel complacent and confident that that won’t happen to us here. And maybe it won’t. But what I often wonder is how quickly any of us could become perpetrators. The jihadists have brought massacres of innocent people into our societies and the recent Charlie Hebdo incident in Paris has galvanized people into action and protest. It would be easy to point our fingers and blame the people we feel threatened by, just like ordinary Germans did in the 1930s (albeit largely due to the anti-Semitic propaganda). And I imagine that just like ordinary Germans  became capable of actions, or non-actions, that no one would have ever imagined, so could any of us. Give us a shortage of water, a shortage of food or fuel or wood or even just cut off the Internet or phone lines for a wee while! It wouldn’t take long…

I know it is important to remember but sometimes I ask myself why it is so important to “remember” something that was before our time. What are we remembering? On what level? And to what end? These are questions I am going to be asking throughout this year in monthly blogs and a programme of talks, art exhibitions, collaborations, writings and discussions. 2015 is the 70th anniversary of the end of WW2 and 10 years since I started my research into my German roots. And to mark the occasion I want to see what can help us truly learn the lessons of history, what can we ourselves do, to ensure that “Never again” really is never again.

Image 2: Memorial for the deported Jews of Berlin (1991) by Karol Broniatowski