Since my father’s death exactly a year ago I have experienced an extraordinary storm of additional albeit unrelated losses in almost every area of my life. His death became like a bullet ricocheting around the architecture of my world felling furnishings and humans alike. I now look around me and see a distinctly changed landscape, a series of voids in the shapes of people, things, plans; a mini war zone of collapsed structures through which I find myself wandering dazed and dusty, functioning but exhausted.

What is Loss? The Oxford Dictionary definition says it is “the fact or process of losing something or someone”. As far as definitions go that really doesn’t say much. It makes loss sound so harmless, kind of accidental, the result of a moment of absent-mindedness or brief neglect. It imparts nothing of the potentially huge and devastating impact loss can have, nor of the vast range of subjective responses to it. It doesn’t suggest loss’s innate and prominent role in Life and Death, in war and crime, in love and faith – all existential foundation stones of our human world.

Actually, linguistically, it seems massively over-ambitious to even try and cram everything, from loss of keys to loss of a child, into such a tiny, single word. The list of what we as humans can lose as we live our lives is after all infinite. Everything we have or value can disappear in an instant and become a loss: a parent, a friendship, a partner; money, work, an argument or a war. There’s the loss of a home, country, identity or liberty; of health, sight, face, or the ultimate loss – life. 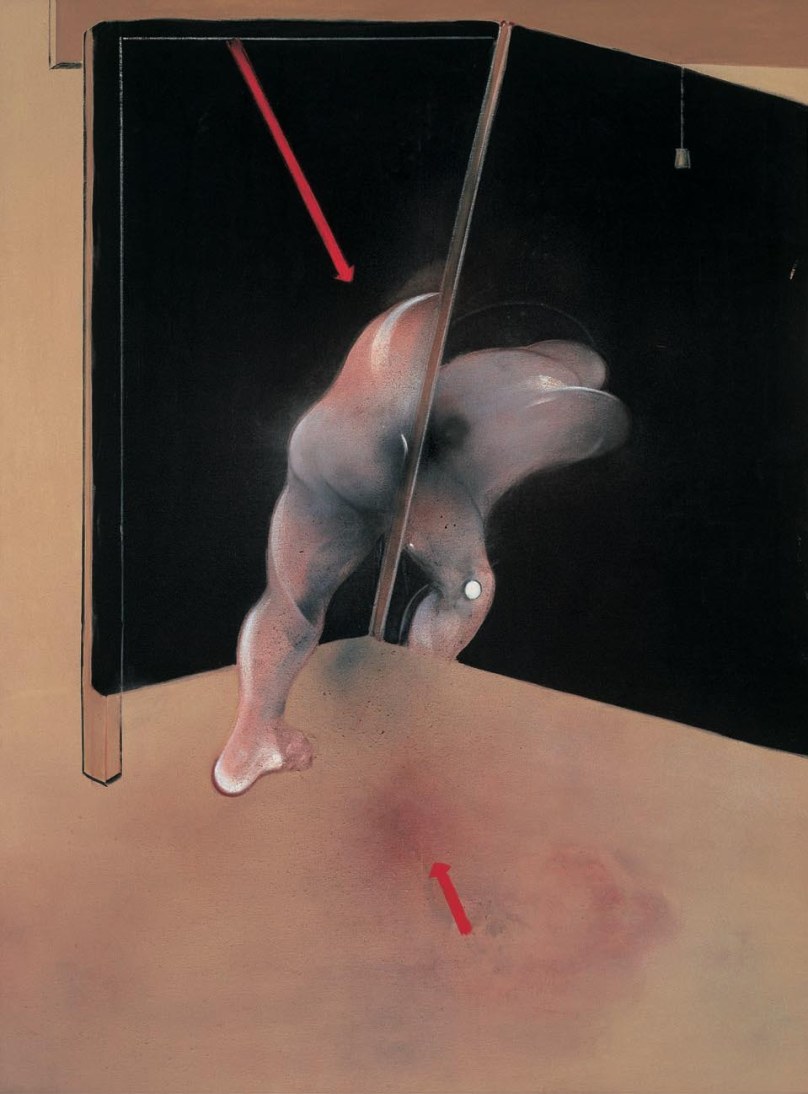 Francis Bacon: “Study from the Human Body” (1981), a painting of loss, that I feel beautifully depicts the crossing of the one-way threshold between Life and Death

Rarely is loss experienced as a positive. Loss of weight maybe, when it refers to excess, unwanted weight, or the loss of inhibitions when they are negatively impacting on us. Usually loss is associated with pain, sadness and disruption, each in varying degrees. Big losses knock you off balance, they precede and precipitate the wobbly journey of grieving, a period of forced transition out of which one can eventually emerge… changed.

For me, being lurched from one loss to another has been like being tumbled by a set of waves, never quite making it back onto the board before the next one breaks. In the beginning certain losses felt inconsolable, like entering a long dark tunnel without the proverbial light at the end; or bobbing in a black hole of emptiness. Maybe the o’s in loss and hole and void hint at that sense of absence. But recently I have noticed that loss brings with it a paradoxical gift in the form of its opposite: gain. I have learnt that, with time, the empty void becomes like fertile ground offering the potential for new growth. I saw this happen countless times in prison where prisoners, through making art, began to see possibilities even in the face of their huge loss of liberty. It seems there may be after all some truth in the words my dear friend loves to (mock-)quote from The Sound of Music: Where the Lord closes a door, somewhere he opens a window.

3 thoughts on “Loss… just that. A little exploration of losing.”