I am no fan of David Cameron and the Tories, but I’d like to give credit where it is due. And his Prison Reform speech on Monday, though flawed in places, does deserve applause. After decades of Michael Howard’s delusional “Prisons work!” approach, we finally have a prime minister who is talking some sense. 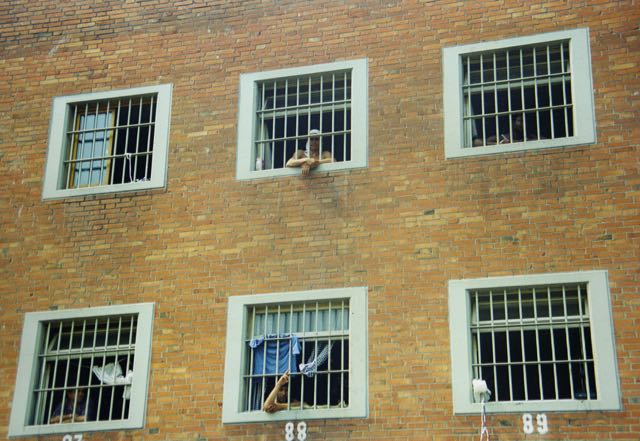 I started working in prisons back in 1987 and the same backward ‘hang’em, flog’em’ method of dealing with offenders has largely prevailed until now. The terror of appearing “soft” on crime has led to our system being the “scandalous failure” that it is now proclaimed to be, even by the very government that has contributed to prisons being “at their worst level for 10 years”. Successive governments have preferred to continue pumping more than £13 billion a year into an over-crowded, under-staffed, under-funded, violent and ineffective system, which even fails its primary goal of helping prisoners “to lead law-abiding and useful lives in custody and after release” in more than half of all cases it handles.

So, it is music to my ears to hear some sensible reforms outlined that could make a difference (see below links for details and analysis). And hearing both Cameron and Michael Gove openly appreciating the issues prisoners have – mental health, drug addictions, traumatic and dysfunctional childhoods, illiteracy etc – and being genuinely committed to “finding the diamonds in the rough and helping them to shine” is truly heartening. BUT, and it is a big but, nothing anywhere has been said about what in my, and other’s experience, is the most crucial part in the multi-layered process of preventing re-offending. You can give a person a qualification, a job, accommodation, financial support… but none of it will stick if the “underlying problems that caused the offending in the first place are not addressed.” (Frances Crook, Howard League for Penal Reform).

It is the mental and psychological make up of a person that will ultimately enable them to hold these things down… or not. I have seen in Germany how offenders were provided with all these (outer) props on their release only to then fail because they lost it with their boss, or found working to earn a wage so much less profitable than stealing, or became bored as they didn’t have as much fun as when they were getting high on drugs. Talking to hundreds of prisoners as I have done, you can hear how often they feel justified in what they have done. There’s usually someone else to blame or it isn’t really that bad: “The insurance will pay for the handbag and money I stole”; “She was asking for it”. I’ve heard a man who dropped breeze blocks on the heads of prostitutes claiming “Well, prostitutes are scum, the world is a better place without them”. And with those attitudes that diminish, justify or excuse their crimes, people are released back into the community!

So, you people who believe we should be tough on crime, I agree with you, but not by depriving people of education and locking them in their cells to watch TV for up to 23 hours a day in blissful ignorance of the full extent of what they have done. That is letting people “get away with it”, that is the soft option. Instead it is absolutely essential that offenders are confronted with the human impact their crimes have on others, above all their victims. It is essential that their attitudes to what they have done are challenged to a  point where they gain victim awareness and can feel the murmurings of empathy, two critical elements of being a good human being that are so frequently absent in offenders. 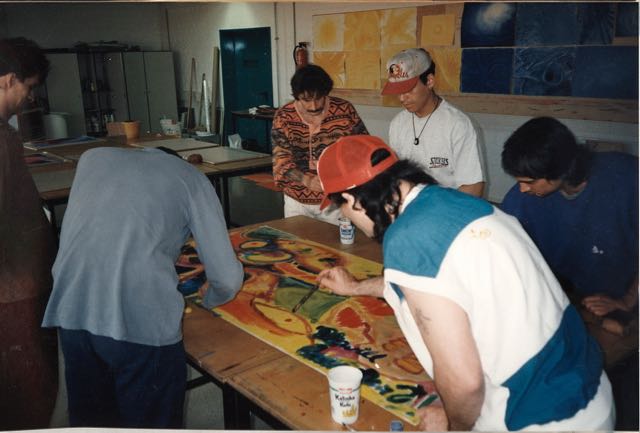 This is the process that can take place through Restorative Justice or Art projects tailor-made for offenders. This is what leads to a prisoner saying “Until this day I’ve never felt so much remorse or pain for someone I’ve caused hurt to. I could never do this again…”

“I could never do this again” – that is what will stop a prisoner from re-offending far more effectively than building more prisons, extending the use of satellite tagging and publishing league tables. The government without doubt needs to tackle the huge structural problems in our Criminal Justice System but it is the handling and transforming of the small, negative and (self-)destructive belief patterns, the neglected behavioral issues that ultimately lead a person to reoffend… or not.