Over the past 4 weeks, I have been listening to this year’s Reith Lectures “The Mark of Cain” by historian Professor Margaret MacMillan. They are all about war and they are brilliant. Personally, as someone who is equally comfortable / uncomfortable with creativity and destructivity, I find the questions she is exploring absolutely fundamental to what it is to be human.

In her first lecture, Margaret MacMillan asks if war is an essential part of being human. Are we destined to fight? In her second lecture, she explores the role of the warrior in history and culture and asks why both men and women go to war. In the third lecture, she discusses the relationship between war and the civilian and the impact of conflict on noncombatants. And in her fourth lecture she assesses how law and international agreements have attempted to “manage” war. There is a fifth still to come, on war and art.

The first point in her own words: “We like to think of war as an aberration, as the breakdown of the normal state of peace. This is comforting but wrong. War is deeply woven into the history of human society. Wherever we look in the past, no matter where or how far back we go, groups of people have organised themselves to protect their own territory or ways of life and, often, to attack those of others. Over the centuries we have deplored the results and struggled to tame war, even abolish it, while we have also venerated the warrior and talked of the nobility and grandeur of war. We all, as human beings, have something to say about war.”

It is true. Just as night and day, life and death are integral components of the whole human experience, so are war and peace. Destruction is a necessary part of the process of creation and creativity, aesthetics, design are part of the theatre of destruction. War and peace are intrinsically related and bound to each other. 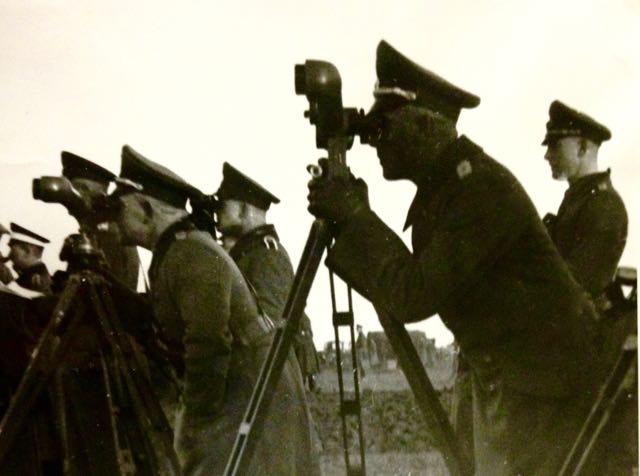 The second point she makes is: “We are both fascinated and repulsed by war and those who fight.” This is exactly what I have found while researching and writing my book about my German soldier grandfather. I have felt almost guilty for feeling both those things, and more. War is utterly repulsive, devastating, appalling but it is also exciting, glamorous, awe-inspiring. There is exhilaration in destruction as well as opportunities to reach new heights of bravery, comradeship, adventure, honour, compassion. It is the intensity of living in life/death situations that many people yearn for in times of peace.

A third point is that war also can bring about advances in and benefits to a society. Social change, like women getting the vote having proved their capabilities at filling the male roles left vacant when the men went away to fight; or divides between the very rich and poorest of society being reduced; or the establishment of organisations such as United Nations. Wars often make old structures crumble and corrupt leaders topple. Would total pacifism allow these necessary ruptures in society and their ensuing benefits to happen?

War is usually justified by those who start it. It is “the application of organised violence to gain ends and get others to do what you want” (MacMillan). Machiavelli said “War is just when it is necessary”. Aristotle wrote that the aim of war should be peace. There used to be rules that set bounds on how wars were to be fought: organised truces, the ring fencing of those who were not to be attacked or killed, rules about surrender or the treatment of POWs. But… war, by nature, gets out of control. And now, more than ever, it targets civilians.

It was Sir Arthur (“Bomber”) Harris who declared in the 1940s, “The aim of our bombing is not to knock out specific factories. The aim is the destruction of the German citizen, the killing of German workers and the disruption of civilized community life throughout Germany.” Just as the rape of the enemy’s women has been seen as a legitimate reward for soldiers, in total war it becomes legitimate to attack civilians.

Modern developments on so many levels are resulting in wars across the world becoming increasingly out of control and deadly. To me, full-blown pacifism now feels inadequate and out of reach as an immediate solution. And yet striving for peace has to be the way forward. But how? I think my basic approach is largely in line with Professor MacMillan’s when she says that we have to understand ‘the others’ as well as ourselves. We need to recognise that people on ‘the other side’ also suffer. We need to see each other as humans.

One thought on “War… what is it good for? (Absolutely nothing?)”