Interesting things are happening in Germany in relation to the army. Did you know that in early 2020 the British will close the last British garrisons in Germany and all units will be transferred to the UK? Some training areas will remain in British hands, but this will be the end of an era – more than 70 years, to be precise, of British presence in Germany since the end of the Second World War. I have to admit I had no idea that we were still there.

But that isn’t the only way in which, on a military level, things are changing. Just on Wednesday the German Defense Minister, Ursula von der Leyen, signed a new “Traditionserlass” at an army barracks in Hannover. An almost impossible word to translate, it is a form of proclamation, or edict, defining the traditions that a soldier in Germany’s Bundeswehr (federal armed forces) can refer to, and which they cannot.

Unlike British soldiers who can draw on the traditions of their army’s past with pride, present-day German soldiers are faced with a dilemma as the Wehrmacht, (the army created from the Reichswehr of the Weimar Republic and operational in the Nazi-era) were complicit in some of the war crimes. The soldiers, like my grandfather who was a professional soldier and cadet from the age of 10, had had to swear allegiance to Hitler and no other authority. It made most of them feel bound by duty.

After the war, the Wehrmacht was declared “clean” by former Wehrmacht officers, on the one hand wanting to protect themselves and, on the other, wanting to preserve its warrior cult image of brave men willing to fight to the end. This ‘cleanness’, however, was aggressively disproved in the 1995 Crimes of the Wehrmacht exhibition in Hamburg. The evident complicity of the armed forces, particularly in Russia, delivered a huge blow to people who had clung onto the image like a life raft, and cast a shadow over the German army that still lingers to this day. I remember the tangible shock rippling through my own family as their family narrative shifted shape.

What is coming out at the moment, triggering the need for this ‘Traditionsnerlass’, is that even today some German soldiers are drawing on that period of their organisation’s history as a source of strength. Last spring, in a search of all the barracks, hundreds of Nazi helmets and insignia were discovered. This far right extremism is what clearly needs addressing through a kind of belated de-nazifiation process. From now on, it is the history of the traditions of the 60+ year old Bundeswehr that will be drawn on for inspiration.

All that said, I find it fascinating, and admirable, that within the German military, crucial debates have taken place. Like “When should a soldier disobey an order?” The question alone appears to undermine the very concept of the unconditional obedience of a soldier. But as a result of asking it, the German military manual states that a military order is not binding if it is not “of any use for service” or cannot reasonably be executed. German law forbids the use of its military to do anything other than defend Germany itself, even though it does participate in some humanitarian and NATO coalition missions. The military emphasises “innere Führung”, basically an “inner leadership” based on conscience. As a result, German soldiers can refuse combat assignments or disobey orders, obviously only with legitimate grounds, with no consequences. 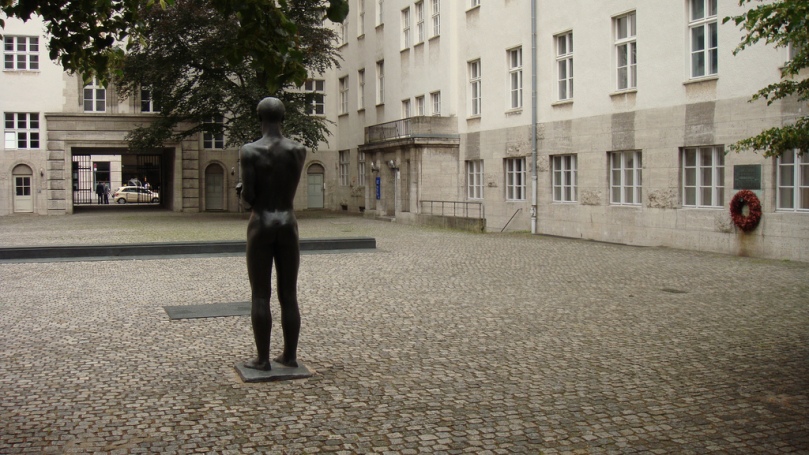 It’s also somehow reassuringly symbolic that the place where new soldiers are traditionally sworn to their duties is the Bendlerblock, a Berlin museum to German resistance built on the site where some of the participants of the 1944 ‘Stauffenberg’ assassination attempt against Hitler were executed. My grandfather, as a Wehrmacht General, was approached to be part of this plot but declined. He believed it was murder and “…because I reject all violent politics. We soldiers have to obey and not start a revolution…”

I think this captures the bizarre and tragic moral dilemma of those dreadful times. I’m fascinated by the lessons of history that Germany has learnt, and continues to learn. There’s much more to think about on this subject, and I am doing it every day as I write my book, but for this month, Happy Easter and/or beginning of Spring!